Featured in The Knot with 5 star Reviews

Featured in the New's Paper

Featured in the Austin Wedding Guide

Kristen in the News 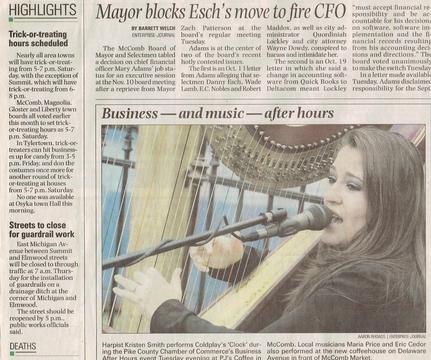 ★★★★★ "I have recently seen Kristen perform with her band at a few different venues in Austin and I have to say that I am very impressed.  It is not every day that you see a live band that has a harpist playing Bob Marley or Coldplay cover songs.  It was a great experience to hear Kristen's twist on some contemporary and top 40 songs"

★★★★★ " Harp music is a wonderful addition to a wedding. For over 10 years Kristen Gibbs has provided harp music to over 200 wedding in the Austin Texas area,  She incorporates vocals to her performances. She truly adds a very special touch to an event and is professional in every way."

★★★★★ "One of Austins Best Harpist Kristen Gibbs play any style of music including vocals to add the best musical entertainment in Texas. She has played 100s of Weddings, Private Parties and Public Venues in Austin entertaining many happy customers and guests. Kristen is a great musician and wonderful person to work with and is the most affordable harpist and teacher as well."

★★★★★ "We found Kristen through a search online because we wanted a specific sound for our ceremony. She was a great help and invited us into her home a few weeks before the wedding so that we could sample and make decisions to personalize our ceremony. The sounds was absolutely wondrous and I would recommend to anyone to give a harp whether you like classical or modern music and I ESPECIALLY recommend Kristen!"

★★★★★ "Kristen Smith is a rising star in the Austin area. She is available to play for ceremonies, receptions, cocktails and she is one of the few harpists that can also sing while she performs."

★★★★★ "What an awesome musician! I saw her perform while hanging out with friends in Georgetown and it was increadible. I loved hearing the harp played in such a contemporary and modern way.  It was a great addition to our evening. Then she started singing and we were totally captivated. Her voice is strong, soulful and absolutely beautiful. I will be watching her schedule so I can see her live again!"

★★★★★ "We saw her while visiting Austin and it was the best night we had while there. What an awesome voice, and she is great at working the crowd and getting you involved. We love the harp and her use of the harp was a sight to see as well as pleasing to the ear... great fun! I highly recommend seeing her show if you are visiting"

★★★★★ "Kristen has amazing talents as a professional musician. Her personality and professionalism is just as amazing and such a pleasure to work with. Thank you Kristen for performing for our guests and making our event such a success."

★★★★★ "Harp On This - Forget what you think you might know about harp music - this is Harp'n Roll. Kristen is a one-women jute box of favorites and cool originals , played with a rock and roll harp trio"

★★★★★ "We've seen Kristen's band so many times at B.D. Riley's and each and every time we're blown away. Definitely hiring them for future parties! Amazing array of songs, and not to mention, sung beautifully!!! 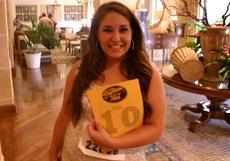 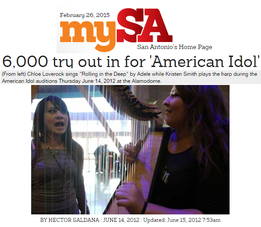 Kristen has performed at countless events in the Austin area, venues include:

Kristen Gibbs is a classical and contemporary harpist in Austin Texas. She provides Harp music for weddings, private parties, events, restaurants, hotels, and any special occasion.  Kristen plays a large variety of music styles including Pop, Blues, Country, Classical and More. She performs as a Solo Musician or with her 3 piece Band. She services the Greater Austin Area. She also teaches harp and gives harp lessons out of her studio in Round Rock and North West Austin.  Please contact Harpist Kristen Gibbs for booking and pricing.

Subscribe to the Email list and be notified to when and where my next gig will be!